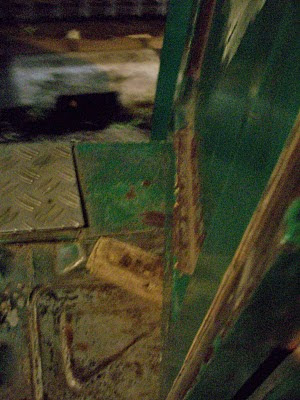 Picture above will make you frown. Yes, what picture is that ? It's like a blurry unidentified object with no meaning on it.
I'll tell you. If you take angkot (one kind of public transportation in Indonesia), the door of the car will always be open. And something usually holds it to keep open. And i found "that" thing when i was in angkot Cimahi - Station hall.
I came back late from my work so the angkot was really empty. Exhausted and starving, my mind was floating around there and here until my eyes unintentionally caught a little piece of wood. I was wondering what it felt like to be the poor wood.
It had to accept the weight of the door and was pushed down with great amount of mass.
poor.
it must be hard.

so at that night, it connected me with story of Atlas, a Greek mythology. He was a titan and punished by Zeus to bear the sky on his shoulders. Some pictures showed him bear the earth.
i can't imagine how on earth a man bears sky and earth on his shoulders.
anyway, it's a myth.
but, the message is every person holds something.

all i want is you share your sky and earth with me.
let me hold your things.
no, you don't have to hold mine.
mine is really light. 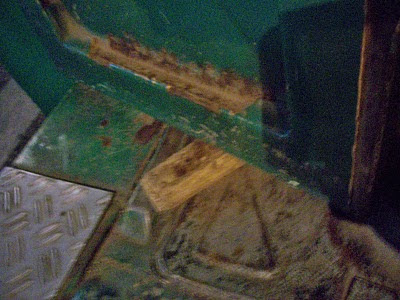