A Tribute to Baumer

Few days ago I woke up like normally I had been doing for the past few days for new routines: got up really early for preparing fasting, slept again, woke up, and got to work. But there was something slightly different when I woke up on 2 June 2017. I checked my Twitter timeline and my heart was filled up with consternation reading this: 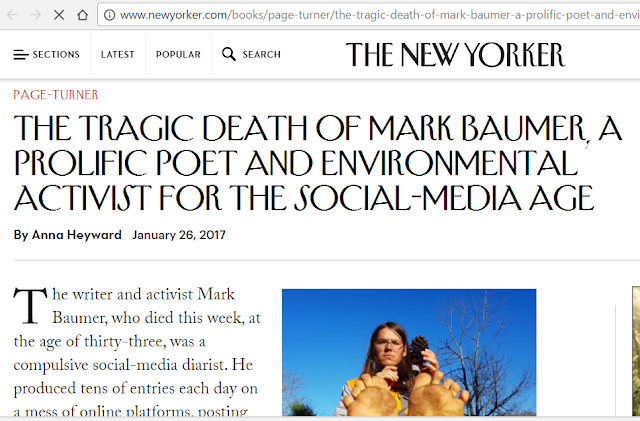 It has been days my heart keeps breaking into minuscule pieces. I am saddened by the news because Mark Baumer was one of the individuals I had been looking up on for aspiration and inspiration. He had instilled me with many ideas about life's ridiculousness through extensive uncanny poetry and activism. He was like a friend who patted my back when the going gets rough and life gets tough. He was like Chairil Anwar, Soe Hoek Gie, Chriss McCandless, Cheryl Strayed, and many other -whom i adore- who sought comforts between words and world's melancholy, desired love between freedom and within the nature's beauty.

I first followed Baumer’s activism in 2013 when my newfound Dutch friend made a research about environmental activism, then he mentioned an article about Baumer. Since then I followed his activism through his social media platforms from personal blog, Twitter, to vlog on Youtube which I watched since the August last year. The first entries I read on his blog were about his early life after graduating Master of Fine Arts in Brown University. He expressed his daily experiences through peculiar and uncanny writings: 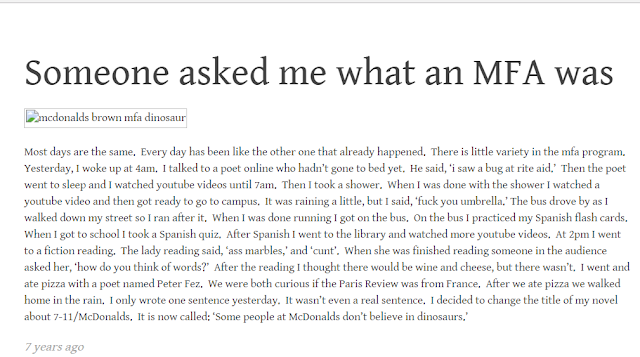 He started published his thoughts through blogs in 2010. Through this platform, he threw anecdotes and interacted with his readers in a funny but smart way. I have a strong feeling he was an odd but also a witty man: 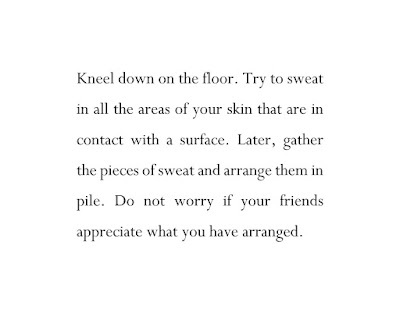 His latest trek (done barefooted) begun in October 2016 was a protest to build awareness of climate change and water shortages as well as to raise funds for Providence-based environmental groups. He had previously done trekking across U.S but with a cart, a backpack, and shoes. At that time he was on his personal project. He had a habit to document his travels and many people, including me, felt very relatable to what he wrote. Even though seemed common and daily, his daily entries were so unique and honest. I was actually wondering why his stream of photographs and vlog stopped on January, Day 100. It turned out that on January 21, he was walking on the shoulder of U.S. 90 in northern Florida when an SUV left its lane and hit him, according to a Florida Highway Patrol Report. 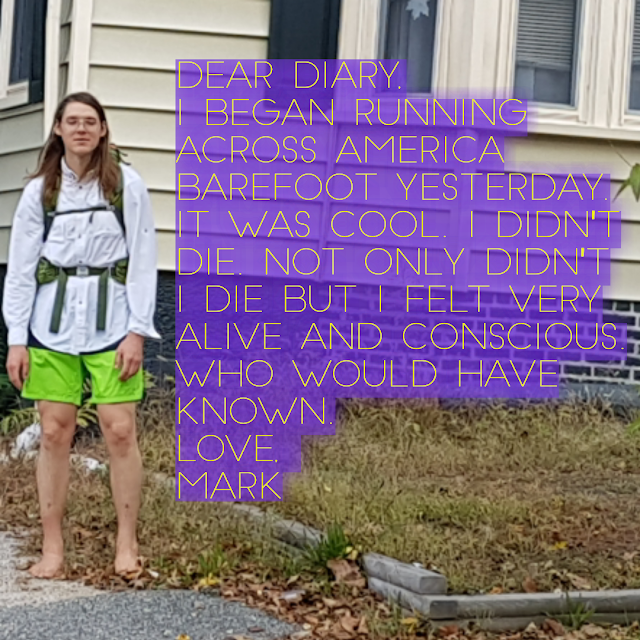 How Baumer Inspired Me

Baumer's death had successfully effaced me and sucked my positivity for these past couple weeks, or maybe next couple weeks. I don't know. But his life has inspired me in many ways. First, I was always excited about activism and people who had (social projects) in life. Second, I have this idea that people escape into nature because of many things they cannot find in people. Soe Hoek Gie and Cheryl Strayed, they found nature as their sanctuary. Baumer showed me that it's okay not to please people and still be truthful to yourself. I had no idea why people would walk that far for a protest, heartbreak, escape, rancor, or even self-rediscovery. But I noticed that these people were not only thinking about their lives with visionary glasses but also instill the meaningful purpose behind their journey. People nowadays might utter a discontentment or pessimism of doing something perceived as crazy stupid and such a waste of time and money. Chris McCandless was an instance for that. But he had inspired so many people like me. Baumer's blog had helped me discover myself, that it is fine to take different road not as many people dare to as long as you have solid determination of what you believe.

Like any other who like to indulge themselves in the nature, Baumer was not an exceptional to aloneness and solitude. He slept anywhere on the road, abandoned shelter and house. From his vlog and blog, I can say that he was definitely fighting a firm form of solitude. 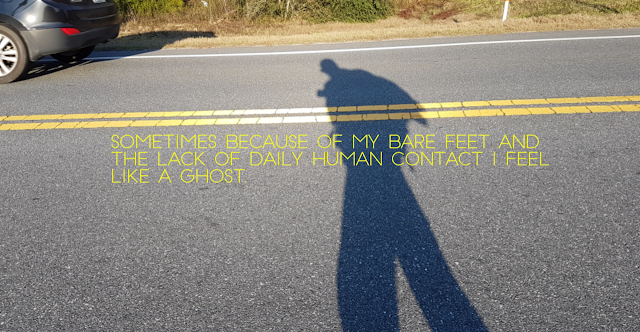 The picture above is the last stream of his journey. At least, we will never win to fight against loneliness. But I learned from him, that we can speak up through actions, that if I am against the world, it is not only my idea that strives and fights, but also my body.  I have never conceived this idea as whim of self-proving. But self-actualization. That is why every time I read his entries, i feel like I am walking next to him. That is why his death feels like a pang of grief deep in my heart as if I parted with a long lost friend.

Good bye, Baumer. A stranger, a teacher, a friend. Life as we know is not merely a series of struggles between being born and dead, not only to survive. The journey that each of us is taking leads to a purpose, a meaning. Some of the people who aim to escape and make adventure end up die trying. But I have this contentment, that I would rather die trying than stay in my own nutshell.

Rest in peace, brother in arms. Your spirit is within me.

P.S. Courtesy of Photographs belongs to Baumer's blog. And the news is retrieved from NewYorker.com
Pikiran Working Holiday